Why are democracies repeatedly getting into trouble after a certain time? That was already the case with the ancient Greeks. In principle, this is due to the minimal principle:

The conditioning of man according to the minimum principle, that is, the endeavour to obtain as much as possible for as little effort as possible, is reasonable in evolutionary terms. It has ensured that we are always on the lookout for aids and methods to generate more profit with less effort. This in turn has led to the fact that, thanks to technology, the average person in most countries today can live in a prosperity that was previously only accessible to privileged upper classes.

If this disposition now meets with political power, a problem arises: politics can promise benefits due to the state’s monopoly on the use of force, which seem to cost the recipients nothing.

From their point of view, this is advantageous: no effort, but still profit = good business. All short-term advantages, zeitgeist fashions, promises without counterperformance and similar “free” political offers are in demand by the majority. Of course somebody has to pay for it in the end, but one of the most important “services” of politics is to disguise such relationships. In theory, this problem can be overcome by using reason and persuasion; in practice, the minimal principle is stronger. Politicians or regents who advocate cuts in benefits are sooner or later voted out of office or replaced.

Otto von Bismarck, the famous German chancellor and inventor of the welfare state, logically called it “state socialism”. At the end of his life he drew the following conclusion:

“It is possible that once I am dead, our policy will perish. But state socialism is cramming its way through. Anyone who takes up this thought will come to the helm.” 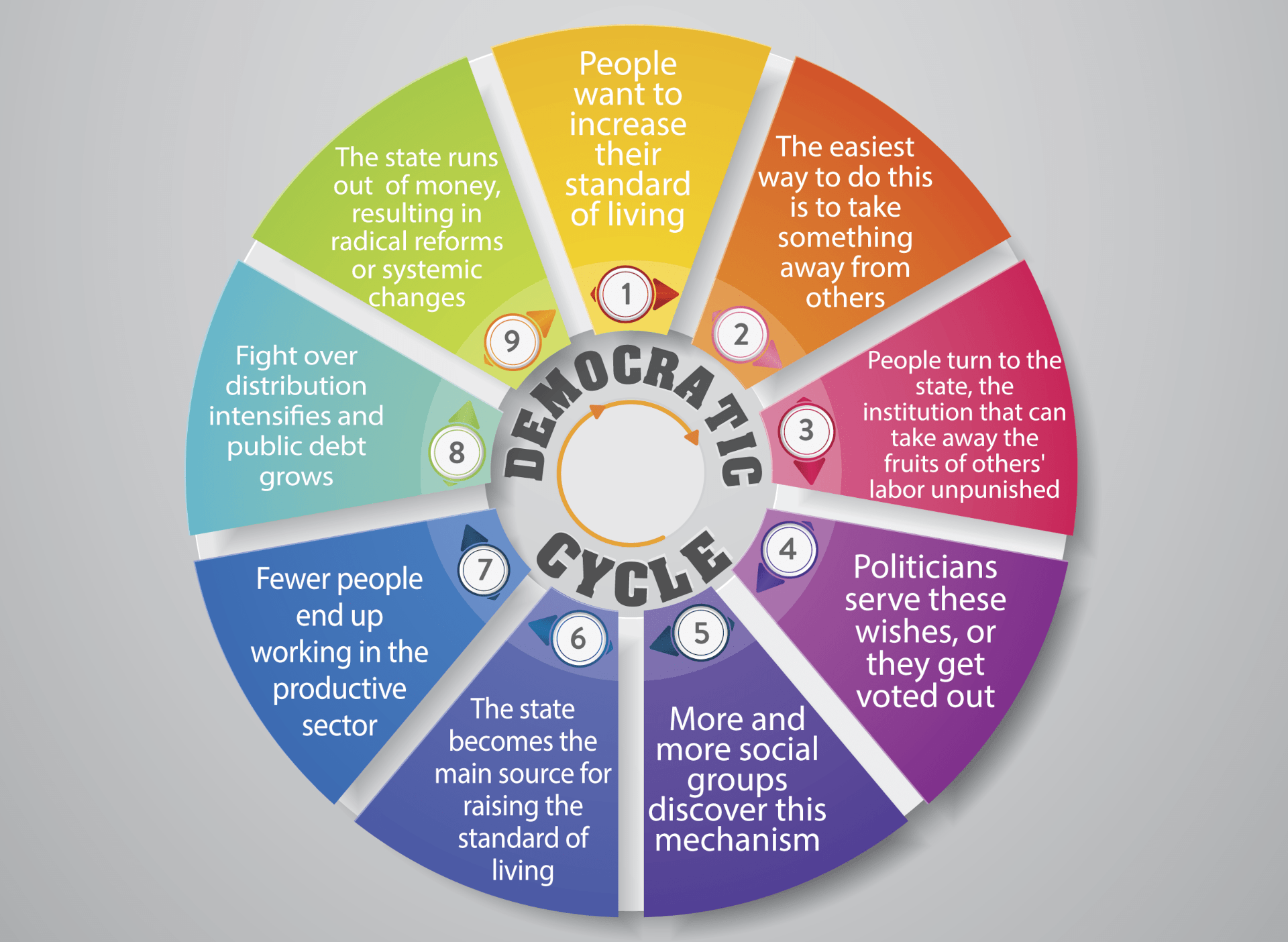 The following, recurring pattern results from these insights:

Unfortunately, the dynamics described here also ensure that the state interferes more and more in private life. The possibility of leading one’s life according to one’s own taste, and thus human diversity par excellence, is becoming increasingly restricted. Since in democracies in particular, but not only there, almost every interest group tries to take their personal wishes into account, the number of laws, the tax burden and the national debt inevitably increase over time.

How do we solve this? By implementing a stable system, in which the rules are defined in a mutual contract that cannot be unilaterally changed. By running governments as efficiently as we run companies, giving them a balanced set of incentives. By providing citizens with maximum self-determination, through a voluntary governance framework and full freedom of exit.
In other words: By creating Free Private Cities.